The Oregon Department of Environmental Quality issued only one air quality advisory this year due to wildfire smoke. The advisory was for the area downwind of the Milepost 97 Fire in southwest Oregon, and lasted only a week.

By contrast: in both 2017 and 2018, wildfire smoke inundated Oregon communities off and on for months. DEQ issued and reissued air quality advisories for much of the state throughout the summer. Smoke flowed into communities from fires burning across the Pacific Northwest, California and British Columbia. Southern and Central Oregon were the hardest hit parts of the state, but the Portland area also experienced smoke like never before.

At one point in August 2018, all but two Oregon counties were under an air quality advisory due to unhealthy levels of wildfire smoke.

But this year was different. The Oregonian recently reported it was “the Oregon wildfire season that wasn’t” and KATU published data from the Northwest Interagency Coordination Center showing a much subdued wildfire season compared to previous years.

“This year was comparatively cooler and wetter,” said Evan Bing, DEQ air quality meteorologist. “We were also not as heavily impacted by large regional smoke plumes being transported into the area, like from British Columbia in 2017 and 2018.”

As for next year? Only time will tell.

In the meantime, communities should still be on the lookout this fall for smoke from controlled burns. New rules implemented last spring allow some smoke from prescribed burns to enter communities for short periods of time.

Check the Oregon Department of Forestry’s daily plans report to see locations of prescribed burns, and monitor air quality conditions on DEQ’s Air Quality Index online or on the free OregonAir smartphone app.
Posted by Oregon DEQ at 11:15 AM 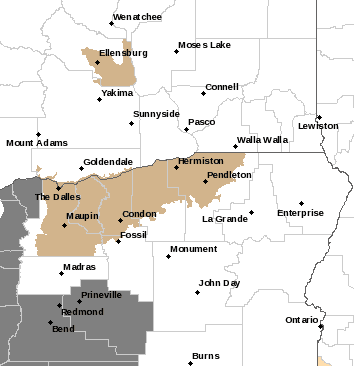